Forensic expert Raquel Fortun noted that in most cases the police will immediately bring the remains to the hospital, destroying the crime scene when authorities are supposed to “freeze” it and allow an independent team to probe it.

This is how forensic pathology expert Raquel Fortun described “everything” that was wrong on how the police are carrying out its investigation of drug-related killings.

Speaking at the national “conference organised by Rise Up for Life and for Rights, Dec. 7, Fortun, the country’s top forensic expert, said there have been “rubouts” and “shootouts” in past police operations before but the current drug-related killings have brought it to an entirely new level.

“It worsened (under the Duterte administration) because the (anti-illegal drive) has exploited the country’s weak institutions and the lack in forensic science,” Fortun told Bulatlat.

More than 20,000 have been killed in the name of President Rodrigo Duterte’s war against illegal drugs, according to human rights groups and news report.

A communication-complaint has been filed before the International Criminal Court, despite the Philippine government’s withdrawal early this year. The international court has recently said it will continue reviewing the complaint filed.

The killings, however, continue unabated with perpetrators practically getting away with it.

Nearly all cases of drug-related cases have gone unresolved. Critics attributed such to both incompetence and lack of will of the Philippine police to pursue a case that may, in the first place, end up blowing up in their faces.

Fortun said independent probe team plays a crucial part in ensuring that there will be no whitewash, if not tampering of an investigation. Forensic pathologists like her, who are rare breeds in this country, can scientifically recreate a scene if they are given access not just to the bodies but also to the crime scene as well.

This, she added, is necessary because the worn-out narrative that suspected illegal drug users and peddlers resisted arrest is belied by the multiplicity of gunshots that are mostly in the head and chest.

Fortun was able to examine some of the bodies brought to her by families of the victims.

She has also noted gunshots found in the arms and hands, suggesting that the victim was in defensive position rather than “nanlaban.” (resisted arrest)

Fortun added that in most cases the police will immediately bring the remains to the hospital, destroying the crime scene when authorities are supposed to “freeze” it and allow an independent team to probe it.

Basically, the police have practically no decent reports as these only contain the same conclusions that victims fought back.

Asked on what can be done immediately to address this, Fortun quipped and pointed at the stage of the conference, “there, it is written in tarp. It says the killings must stop.” 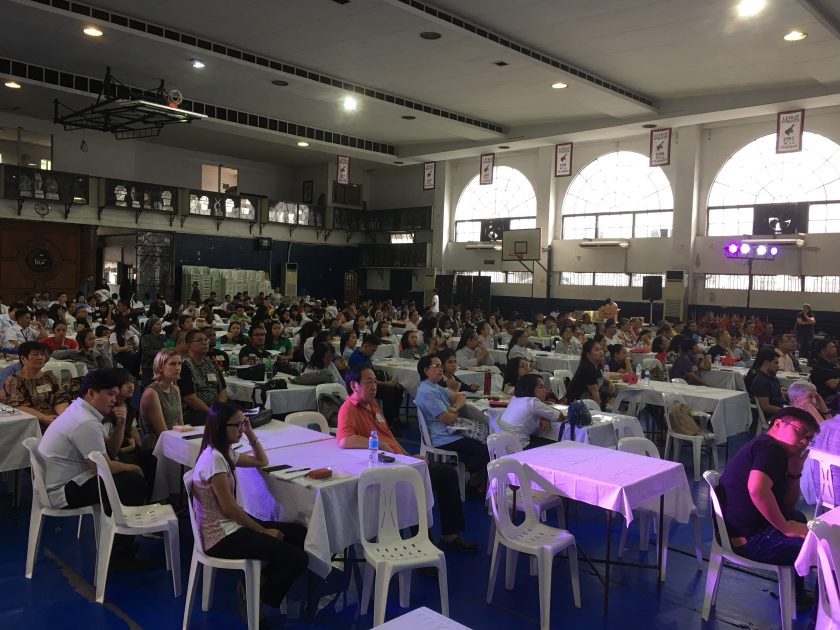 Due to the lack of independent probe and seriousness on the part of state security forces to at least document the widespread and systematic killings, there remains no exact number on those who are killed both in drug operations or even those executed by so-called “vigilante groups.”

The police, in its report, claimed less than 4,000 killed in their drug operations. However, human rights groups estimate, based on news reports, that the killings may possibly be somewhere between 20,000 or even as high as 30,000.

“But this is just not about the number. Every story, every narrative of those whose loved ones are killed, are enough to understand what is the real score,” said Sheerah Escudero, sister of the one of the victims.

Escudero’s brother Ephraim has gone missing on Sept. 19, 2017 after he stepped out of their house in San Pedro, Laguna. Five days later, however, he was found dead in Pampanga, his head taped and with multiple gunshot wounds.

As a student journalist, she said she never thought she will find their family as a subject of a news report. After all, she has written a report on the students’ reaction to the controversial killing of 17-year-old Kian delos Santos.

“From a very quiet family in Laguna, we are now out here fighting,” she said.

Escudero said that she aspires to one day live in a society where there is no need to protest or call for the stopping of the widespread killings.