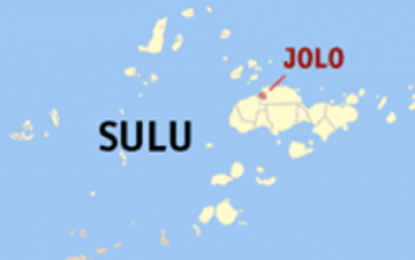 MANILA – A human rights group is calling for an independent investigation over the deadly Jolo twin bombing on Jan. 28 that left 21 church-goers killed and scores injured.

According to news reports, the first explosion took place inside the Cathedral of Our Lady of Mount Carmel at around 8:15 a.m. This was followed by another explosion at the church’s parking area.

Human rights group Karapatan, in its statement, expressed sympathies to the victims, their families and to the people of Sulu, assuring them that they are with many in calling for justice over what they referred to as a “dire violation of international humanitarian law” that protects civilians and places of worship from such attacks.

“We likewise demand an immediate and impartial investigation on the incident, beyond the groundless accusations of political vultures eyeing this tragedy for political gain and mileage,” the group said.

(Don’t ever think that only you are able to plant evil. If you can do it, so can I.)

“This statement bode a more ominous threat to the Catholic, Moro and Lumad population across Mindanao,” KMP’s Antonio Flores said.

In the wake of the attack, the International Committee of the Red Cross said they are “deeply concerned by the number of civilians being injured or killed as a result of deliberate attacks.”

Martin Thalmann, head of the ICRC delegation in the Philippines, said parties involved must ensure that “civilians and civilian objects are spared and protected at all times.”

Meanwhile, human rights group Karapatan warned that the Jolo bombing must not be used to justify the extension of martial law and the implementation of counterinsurgency plan Oplan Kapayapaan not just in Sulu but in the whole of Mindanao as well.

“We caution politicians and the AFP to refrain from making mindless accusations, so as to serve their own agenda of peddling more militarist policies as these would possibly aggravate the situation and result to endangering more civilian communities,” Karapatan said.

The incident, they added, must also not be used as a “pretext to railroad” the current efforts to amend the Human Security Act of 2007, otherwise known as the Anti-Terror Law.

Karapatan said, “The timing of the said incident is suspect, just when both the House of Representatives and the Senate are deliberating the proposed amendments. Is this incident meant to create the political justification for increased iron-fisted rule? Only the perpetrators and masterminds can know.”