You Are Here: Home → 2019 → February → 22 → Women, allies lauded for relentless effort to have expanded maternity leave signed into law 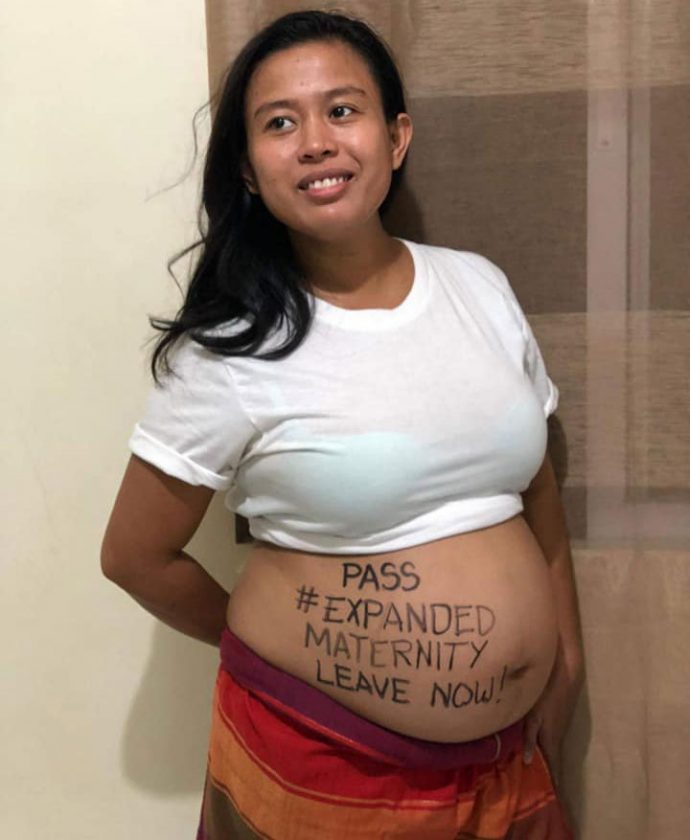 MANILA – Gabriela Women’s Party lauded various women’s groups and their allies for their relentless lobbying to see the expanded maternity leave bill, now a newly-signed law, through. All efforts, the group added, has finally paid off.

“This is a product of the tireless campaigns and lobbying of various groups to acknowledge the women’s role and contribution in the economy. This is a significant advance in ensuring women’s right to maternal health and in upholding the security of tenure of pregnant women workers,” said Gabriela Rep. Emmi de Jesus.

Gabriela Women’s Party first filed the bill more than a decade ago.

Under the newly-signed law, paid maternity leave has been increased from 60 to 105 days, with an option of extending 30 days more without pay. It also stipulates that another 15 paid days are given to solo parents.

De Jesus said, “Today, women won over the combined forces of corporate lobby and misogynist mongering against the measure.”