‘There is enough water’ – Indigenous Peoples 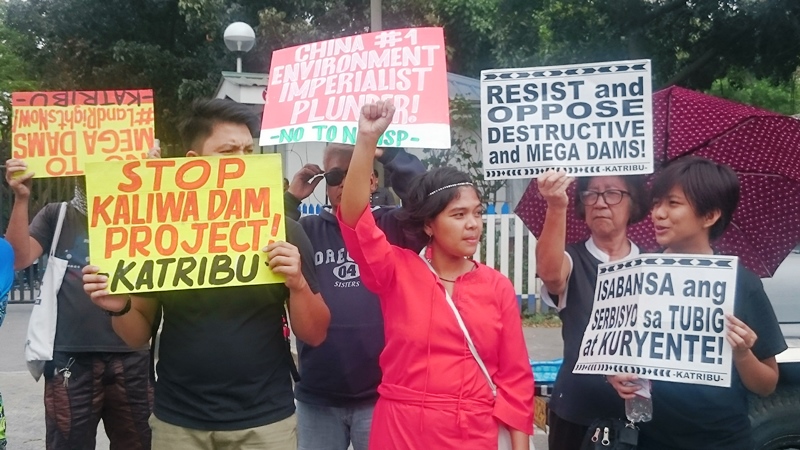 “The Duterte administration is exploiting the vulnerability of Metro Manila residents who are justly demanding accessible and efficient water services.”

MANILA – “There is enough water for all of us. The water “crisis” is just a ruse to push profit-driven projects such as dams and more privatization of natural resources.”

This is the recurring warning aired Thursday (March 14) by indigenous peoples such as the Dumagat of Southern Tagalog and the Igorot of the Cordillera. Wilma Quierrez, a Dumagat and the secretary-general of Dumagat Sierra Madre, said they know for a fact that there is plenty of water but profit interests are diverting these instead to, say, the water-hungry golf courses. And this is just one example.

Based on reports, too, there are enough water in dams around Metro Manila but certain arrangements in the privatization of water distribution are preventing the efficient delivery of water to those in need.

Amid the worsening disruption in water services affecting the service areas of Manila Water, officials in the Duterte administration have proffered as ‘solution’ the building of dams and other big-ticket projects under Duterte’s Build Build Build. But most of these projects are meeting stiff resistance from the directly affected locals. Unfortunately, the Duterte administration is offering up the indigenous people and their lands like “sacrificial lambs” toward resolving this dubious crisis, said Joan Jayme, head of research and documentation of Katribu.

“The Duterte administration is exploiting the vulnerability of Metro Manila residents who are justly demanding accessible and efficient water services,” said Katribu, the national alliance of indigenous peoples organizations in the Philippines.

The eruption of water crisis in half of Metro Manila can be traced to the privatization of the water industry, Jayme of Katribu said during the groups’ picket in front of the Chinese Embassy in Makati this morning and in front of the Metropolitan Waterworks and Sewerage System (MWSS) in Quezon City in the afternoon.

Jaime said the so-called water crisis springs from profit interests which, to further increase it, is in turn fueling the drive to eject the indigenous peoples from their ancestral lands and do away with their centuries’ long protection of the forests, watersheds and rivers.

Where a comprehensive economic planning of sustainable use and distribution of resources is the logical answer to the troubles in water distribution, the government has been considering only more privatization.

Instead of building another dam when many dams have been built and these have proved disastrous to the environment and most of the ordinary people, the indigenous peoples under Katribu urged the people to help in pushing the government to really plan the economy, and look instead for alternatives to building destructive dams.

“We don’t need another dam. What we need to do is to nationalize water,” said Jayme.

Before the woes of consumers under Manila Water heightened this month, the MWSS has already signed a loan agreement with Chinese EXIM Bank and a contract with China Energy Engineering Co. for the construction of the Kaliwa Dam of the New Centennial Water Source Project (NCWSP) in November 2018. Against a 40-year resistance of the communities, the Duterte administration has pushed the project to start this year, according to the locals. Recently, they reported, Chinese workers barged into some of their homes taking measurements and announcing that they will put in place territorial markers.

The NCWSP will flood thousands of hectares of indigenous people’s ancestral lands in the Sierra Madre Mountain Ranges. It is estimated to displace at least 20,000 peasants, Dumagat and Remontado in Rizal and Quezon. Worse, the dam project is located on top of a fault line, putting at risk more communities in the downstream villages.

Quierrez said the dam project will not only submerge their ancestral territory, sacred rites and burial grounds, destroy their lands, water sources and livelihood, it will also drown the people in onerous debts and lopsided terms with China. In the end, the people will be denied livelihood and historical and cultural markers, they will be captive market of rising water rates and problematic distribution such as happening now. On top of it, having become poorer, they will be more vulnerable to disastrous weather disturbances and climate change.

The Dumagats and their supporters vow they will continue to resist the construction of mega dams in their ancestral domain.

In the Cordillera, Chinese funding has also been blamed for “developments” in the Chico River that are not in keeping with the communities’ planned development program for it. There are ongoing hydropower projects or so-called baby dams along Chico River and even along some of its tributaries, Raven Desposado, coordinator of Igorot support group Takder, told Bulatlat. He warned that if all the almost 10 hydropower projects in the pipeline along the Chico River were to be constructed, they will get even less water in the downstream agricultural communities than they are getting now. 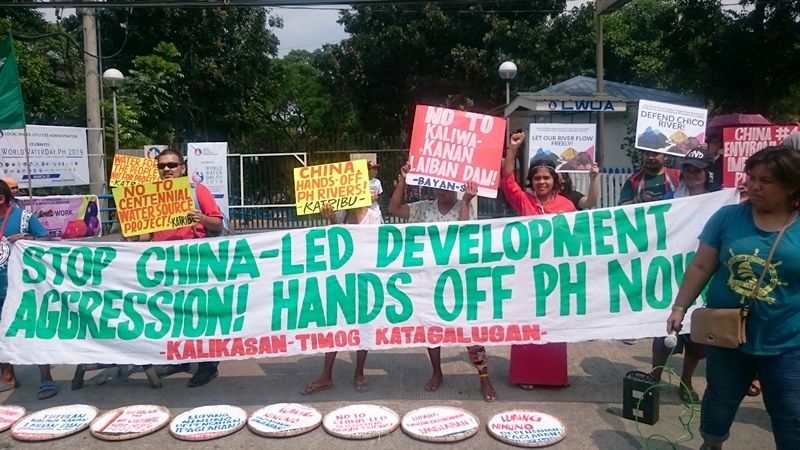 Similar to the experience of the Dumagat, the Igorot are seeing the start of construction even though not all requirements have been successfully passed by the proponents. In Rizal, Kalinga, the locals reported that bunkers for the Chinese construction workers have been built even when the communities maintain there is as yet no Free Prior and Informed Consent (FPIC), and the Duterte government has already entered an international loan agreement.

Katribu said a genuinely free, prior and informed consent has not been secured in any of these target dam areas when “developments” have been happening there. Consistent with the absence of transparency, projects were signed without consulting the indigenous communities.

“We will not allow the building of new dams whether it (supposedly) has the “approval” of indigenous peoples or not,” Quierrez said. She chided the MWSS and the NCIP (National Commission for the Indigenous Peoples) for “colluding” to forcibly gather community approval even if just on paper.

“The struggle will not be over simply because they said they have finished all the paper requirements,” Quierrez said. 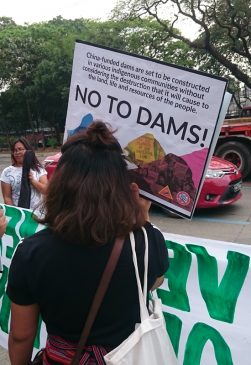 Hi. More sustainable actions for water and forest resources are happening daily. Help us find out all about these and report it here.