MANILA – Last Sunday’s bloodbath in the four provinces of the Southern Tagalog that resulted in the killing of nine activists and arrests of three has brought to fore how this region has been one of the targets of the government’s counterinsurgency program.

It did not help that early in 2020, General Antonio Parlade Jr. was appointed to head the Southern Luzon Command, which covers the regions of Calabarzon, Bicol, and the island provinces of Mindoro, Marinduque, and Romblon. While he is known for his online posts red-tagging and threatening many activists and government critics, the Philippine Army’s Southern Luzon Command (Solcom) has also carried out deadly attacks on communities rising to demand better lives and future.

Bulatlat looks back on Parlade’s bloody rule in Southern Luzon. 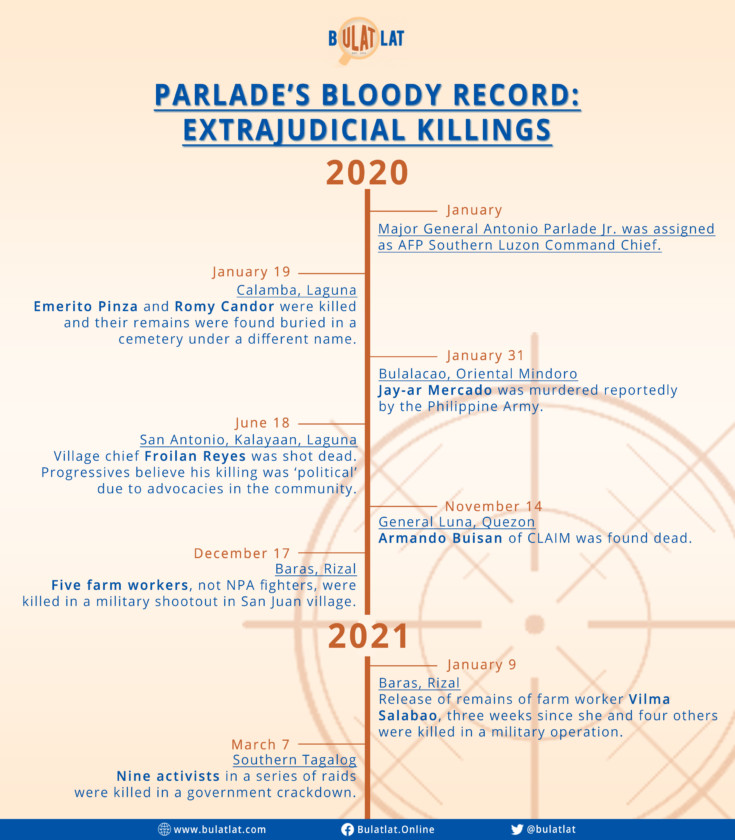 After over 3 weeks, remains of Baras massacre victim returned to grieving family 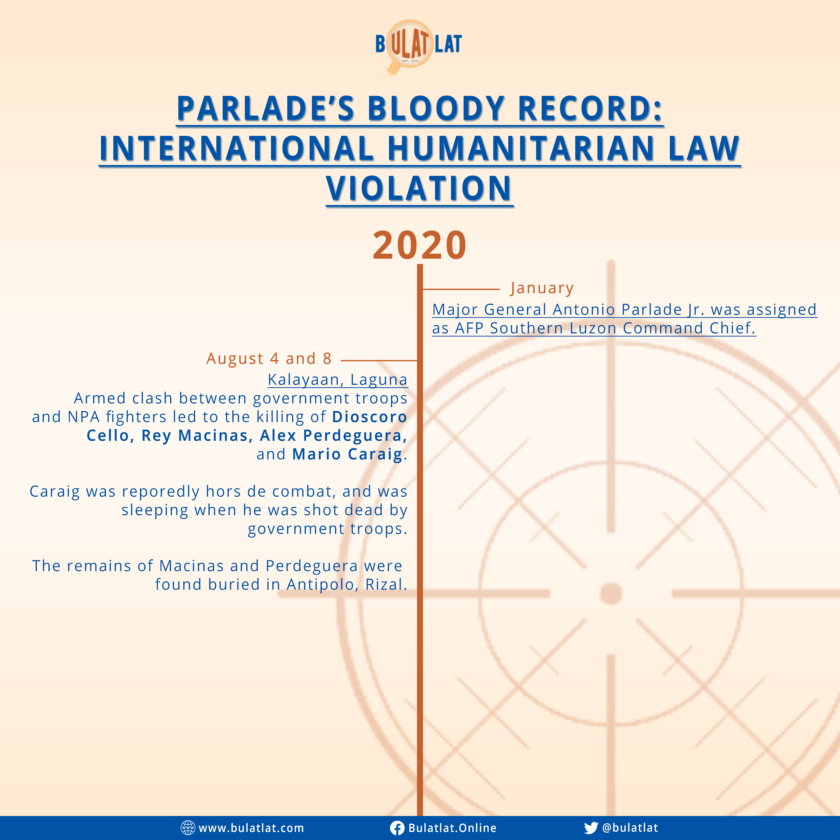 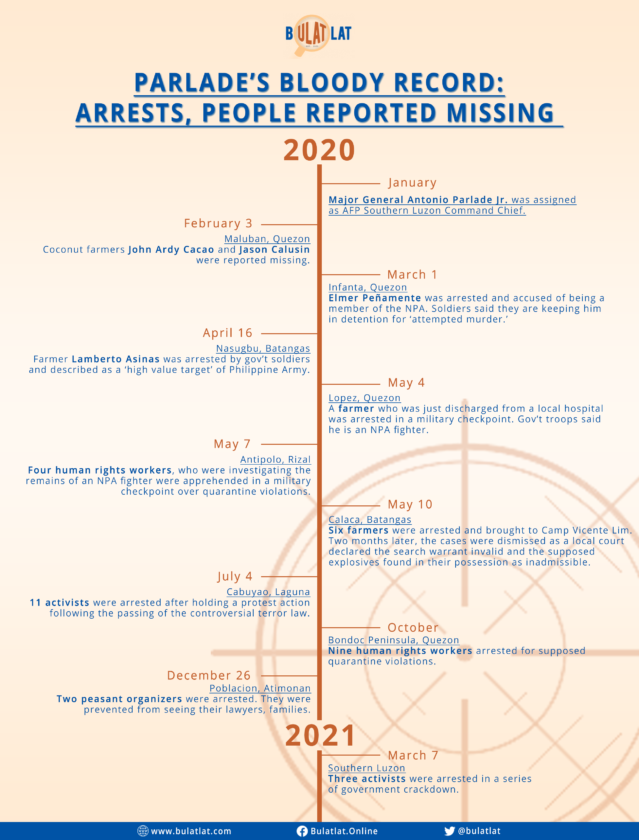 Harassment, red-tagging of farmers continue in Quezon amid lockdown 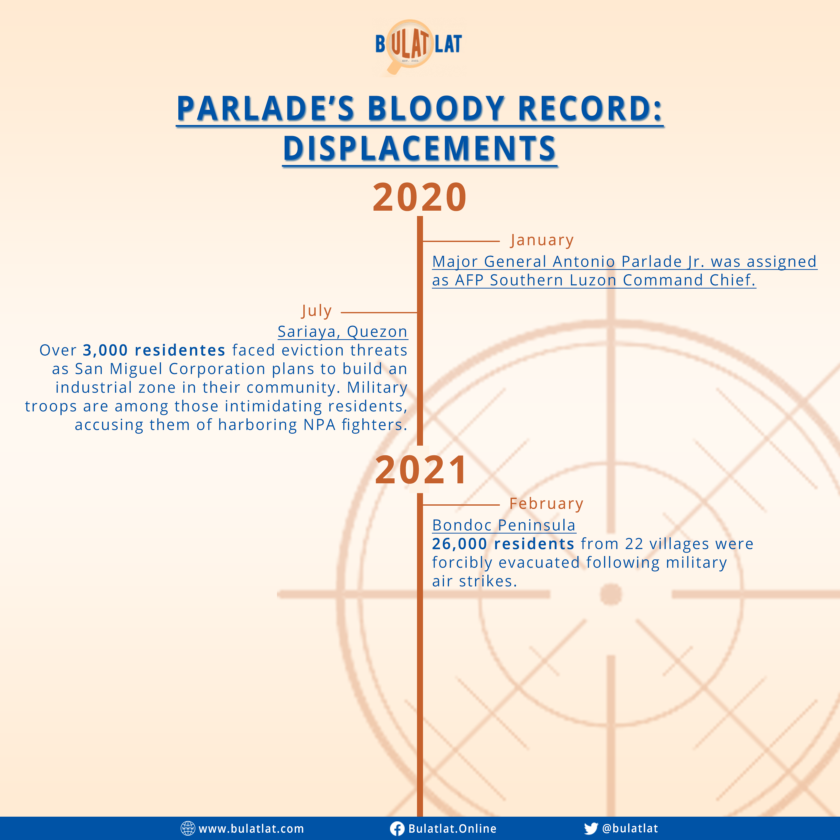 3K Quezon residents to be displaced by SMC projects