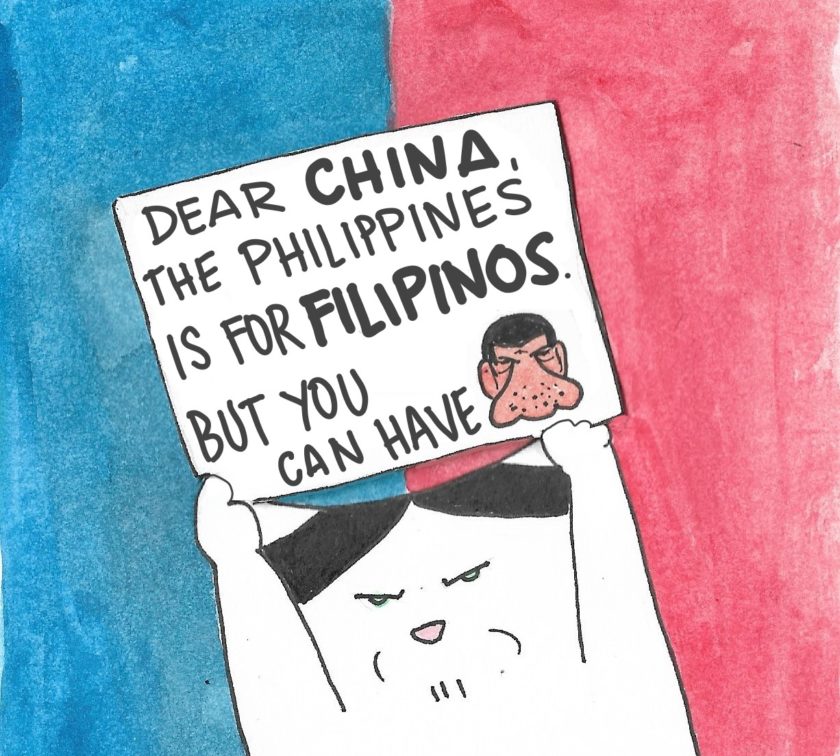 MANILA – Filipino progressives marked today’s commemoration of the Day of Valor with a firm stand against the increasing Chinese militia presence in the country’s territory in the disputed waters of the West Philippine Sea.

“The Filipinos’ collective struggle should aim to wrest back sovereign control of the West Philippine Sea and the marine resources within the country’s exclusive economic zone,” said Pedro Gonzales, vice chair emeritus of fisherfolk group Pamalakaya.

An online protest was held by progressives today, calling out for both the Chinese government and the Duterte administration to act on the heightening maritime aggression in the disputed waters.

While the Department of Foreign Affairs said it will continue to send diplomatic protests, human rights lawyer and P1nas co-convenor Neri Colmenares believes that these will be rendered fruitless if the president will not speak on the issue.

President Rodrigo Duterte has so far canceled two of his recent national address, rousing suspicions on the state of his health. His inaction, said women farmers group Amihan, means that he is “consciously violating the basic principles of the country’s constitution and people’s interest.”

On April 8, a team of Filipino journalists was chased by Chinese vessels, two of them armed with missiles, while joining a group of local fisherfolk to Ayunging Shoal. The Office of the President, through its spokesperson, however, said it will not issue a statement and leave the matters to the hands of the departments of foreign affairs and national defense.

“Our call is for the peaceful and political resolution with all the people of the world denouncing imperialist China for its aggression, plunder and destruction of the marine environment, instead of a military confrontation between superpowers,” said Gonzales.

The fisherfolk leader also noted that large-scale expeditions of China have resulted in the overexploitation of marine resources and a decline in fish catch. He described their fishing vessels as notorious for harvesting giant clams, sea turtles, corals, among other endangered marine wildlife.

“These are our national patrimony and wealth in marine biodiversity,” he added.

Zenaida Soriano, Amihan chairperson, said Duterte must be “held accountable for all the damages to the marine environment, livelihood of small fisherfolk and national economy, caused by the Chinese aggression.”

Sr. Mananzan said, “All of us Filipinos should unite to condemn the maritime aggression in the West Philippine Sea.”