For the Agta-Dumagat-Remontado, forest honey is medicinal food, source of income 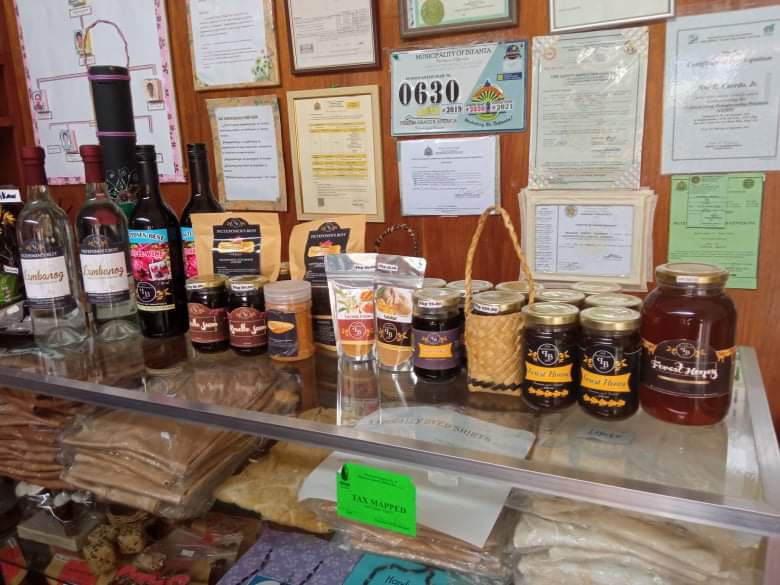 LEGAZPI, Albay — This year, it will be a decade since Marites Pauig began hunting for wild honey, a livelihood she learned in order to support her family as a single parent.

“Honey-hunting is actually my brother-in-law’s livelihood during summer,” said the 48-year-old Dumagat-Remontado of Rizal province in a phone interview.

She joined her brother-in-law’s group for her seven children, the youngest of whom has not reached 10 years of age.

“We would hike the mountains of Sierra Madre, especially around Tanay and Quezon, to look for honey that we can sell,” Marites said.

But aside from it being a source of livelihood, Pauig reserves a few for her family’s consumption because, according to her, it is good for cough and asthma.

When the government imposed a nationwide lockdown in March 2020 as its initial Covid-19 response, forest honey was one of the most bought products.

“It caught the attention of sellers who wanted to buy in bulk and start their own business selling natural, immunity-boosting, and locally-made products,” Marie Joy Ann Chua of CustomMade products said in an email.

CustomMade is the marketing arm of Non-Timber Forest Products – Exchange Programme (NTFP-EP), a non-government organization that supports forest communities in the Philippines including Rizal. Their goal is to sustainably develop non-wood products for sustenance and livelihood, and ensure that they retain and further cultivate their traditional knowledge and skills which are anchored on forest protection. This includes training honey gatherers like Marites in processing honey.

For these indigenous communities, gathering honey is not only a seasonal livelihood but also a part of who they are.

“We catch freshwater fishes, we hunt for wild foods, we gather honey (and used to share it with everyone), and plant trees — all these are part of our routines,” said Agta-Dumagat leader Marcelino Tena.

According to Tena, there is a god (protector) assigned to every animal, including the bees. So before getting the honey, they express a prayer of gratitude.

The Dumagats call honey-hunting pangurat. According to youth leader Kristel Quierrez, this is also taught in their school, the Sentrong Paaralan ng mga Agta, like the way their elders would through practical application. “It starts with the experience of our teacher who is also part of the tribe and incorporates it in our syllabus),” she said in Filipino.

According to Tena, the honeybee species they find in the wild are pisukan (giant honey bee) and ligwan (Apis cerana), which are both natives in Asia. There are also lokutan, a stingless bee species native to the Philippines. He said these bees frequently visit cash crops like coconut and mango; forest foods like wild rambutan and cotton fruit; and medicinal trees like bago (Gnetum gnemon L.) and pangi (Pangium edule).

“Personally, I like ligwan’s honey because its sweetness is just right, while pisukan’s is a bit bitter, making it good for stomachache,” Tena said.

He apologized because sometimes they ate the part of the honeycomb with larva. “It’s deliciously milky and a source of strength, factors that are difficult to resist if you’re already hungry,” he explained. However, he emphasized that these should be left secured in the forest to grow and reproduce.

He said that while honey hunting remains a seasonal livelihood, it has helped them financially, especially since they now have a honey processing facility. Such development, however, built in partnership with NGOs like the NTFP-EP, is threatened by mega-projects like the Kaliwa Dam, which aims to supply water to Metro Manila.

According to him, the access road built during the lockdown resulted in the cutting down of trees and wildlife interferences through dust and noise. “There’s no dam yet, but the freshwater fishes are getting thinner and with just mild rains the river turns muddy,” he said.

He asserted that it’s not only the bees that will be affected but also their medicinal plants, wild fruit-bearing trees and endemic animals, to name a few.”

Marites feels the same towards the project. “Where will the bees go if our forests are submerged in the water?” (JJE, RTS, RVO)