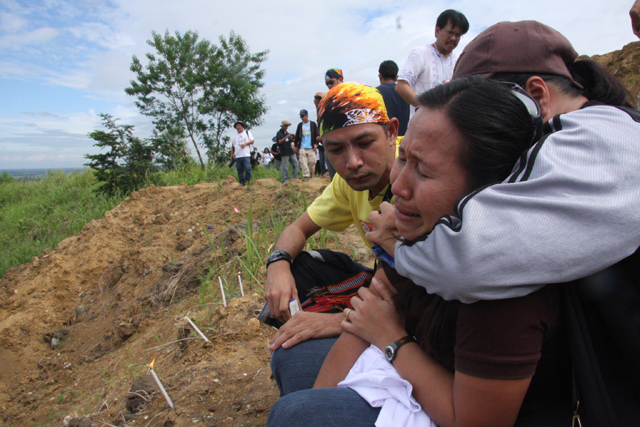 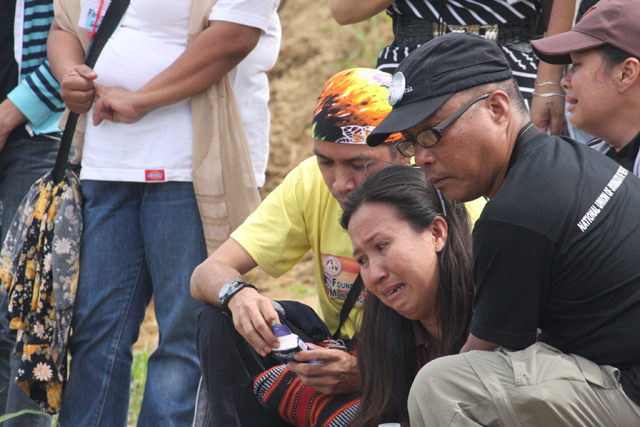 The daughter of still missing massacre victim Reynaldo Momay of Midland Review is being consoled at the site of the Ampatuan Massacre in Brgy. Salman, Maguindanao, during the second month commemoration led by the National Interfaith Mission for Peace and Justice in Maguindanao. 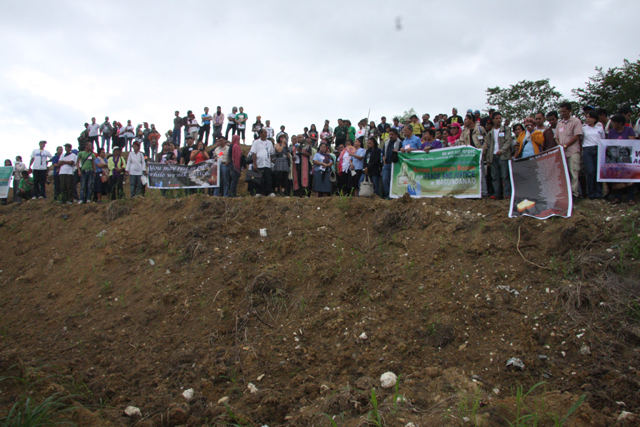 The mission, attended by families of the victims, members of various media organizations, lawyers groups, human-rights advocates and partylists, offered flowers and lighted candles in honor of the 57 victims of the November 23 massacre. They also released white balloons as an expression of their desire for peace based on justice. A bamboo marker with the word “justice” was erected at the site.

Bayan Muna Rep. Satur Ocampo and Gabriela Rep. Luz Ilagan, together with the more than 300 participants of the mission, vowed to continue to seek justice for the victims and fight to end the climate of terror and culture of impunity that still reigns in Maguindanao and elsewhere in the country. 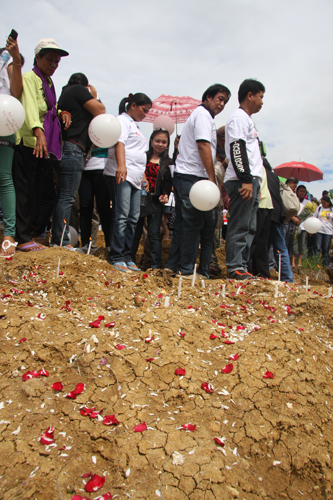