You Are Here: Home → 2010 → May → 11 → News in Pictures: Hassle-Free Transmission of Election Results in Quezon City High School 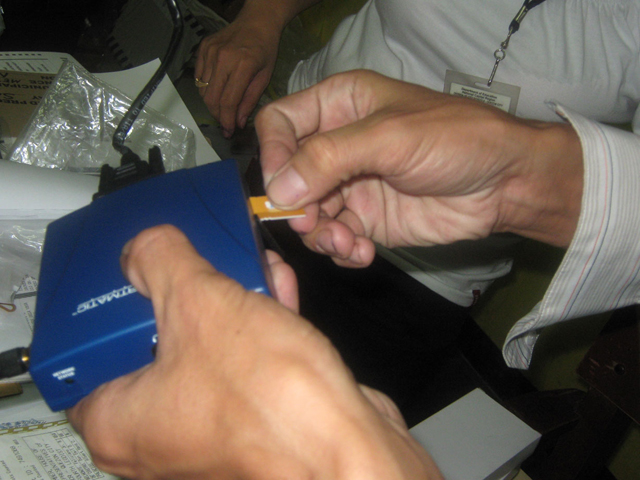 MANILA — The transmission of election results did well in Quezon City High School in Kamuning, Quezon City.  The transmission of results only took one to two minutes per transaction. The Board of Elections Inspectors told Bulatlat on Monday night that there were no major problems encountered with the Precinct Count Optical Scan machine, unlike in other areas. 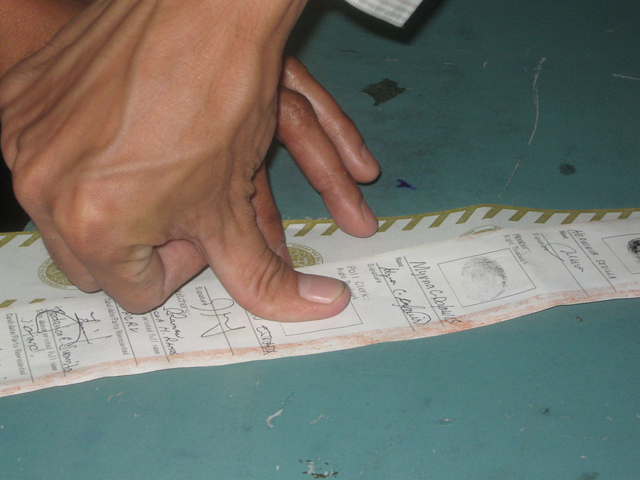 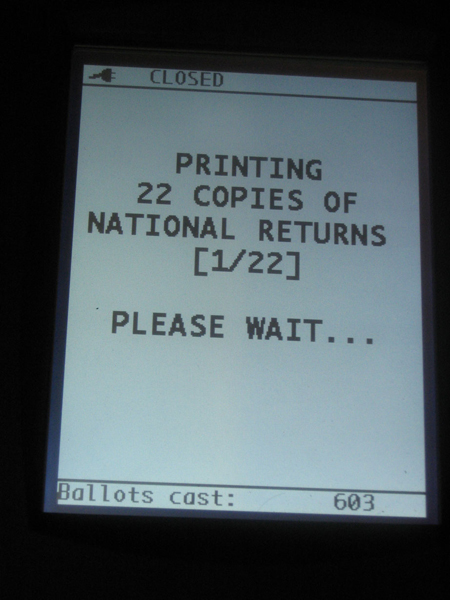 “That is the best news tonight (that we will no longer do the manual tallying),” Herminia Sevilla, one of the teachers in Quezon City High School said while preparing the wireless transmission of the results. 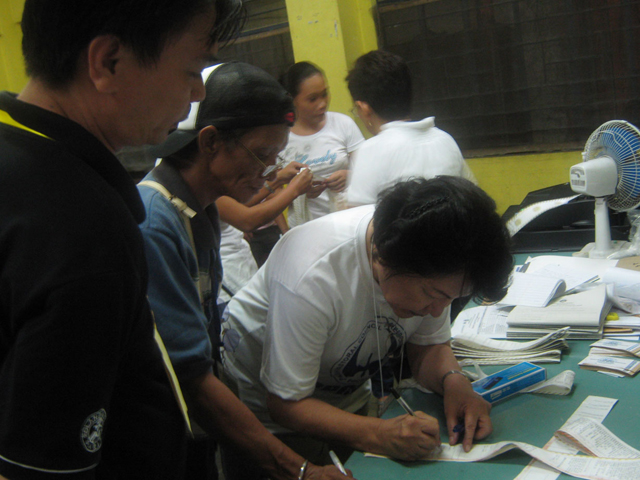 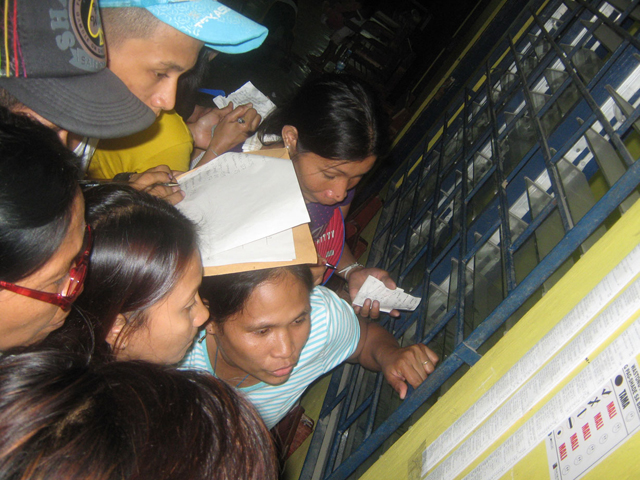 Printed election returns were posted outside the precincts. Poll watchers were elbow-to-elbow in getting the results for their candidates. Noynoy Aquino topped two of the three clusters that were visited by Bulatlat.com. The leading presidential bet in the other cluster was Richard Gordon, where Aquino only got 9 votes.

In one of the election cluster in the said school, there were no ballots rejected by the machine. (Photo by Janess Ann J. Ellao / Bulatlat.com)