“We urge the Catholic community to actively participate in crafting a national policy on women’s reproductive health on the framework that full access to healthcare services is a universally recognized right and that population control is never to blame for and should not be a panacea to the country’s worsening poverty.” Gabriela Women’s Party Rep. Luzviminda Ilagan.

MANILA – Editha Balolong is just 28 years old and yet she already has six children. She gave birth to her sixth child at Dr. Jose Fabella Memorial Hospital last May 3.

She was supposed to have a tubal ligation after giving birth but she was advised to come back on June 14th instead because of bleeding. “I worried over our bill. I already had two blood transfusions,” Balolong lamented. The two bags of blood she was given amounted to at least P1,000 ($23). 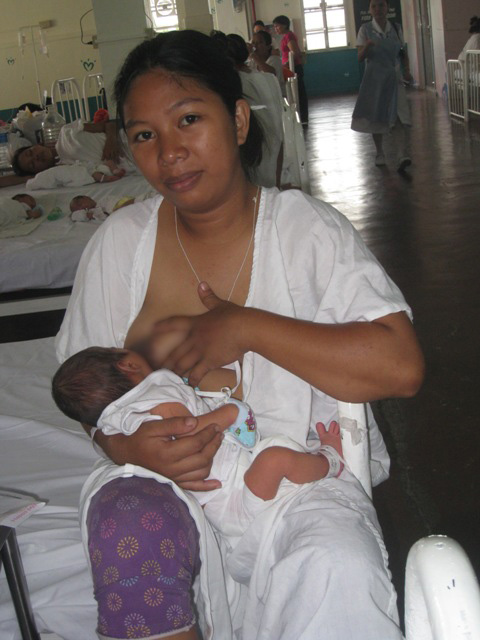 Balolong had to stay in the hospital from May 3 to May 7. Her husband is “just a pedicab driver earning P250 a day($5.81).” They have five other children to feed; two to send to school. Balolong is a housewife. “No one would look after the kids if I go off to work,” Balolong told Bulatlat.com.

She and other mothers from the marginalized sectors are in need of accessible and affordable reproductive health services.

House Bill 4244 or the Responsible Parenthood Bill, also called the Comprehensive Reproductive Health Bill, the bill so maligned by the influential Catholic Church and pro-life advocates, would have provided funds for implementing health service programs if passed. It will make available what mothers like Balolong sorely needed.

According to GWP, for the year 2011 the government budget on health services allocated P351 ($8) for every woman or a meager P0.96 per day.

With 11 mothers dying everyday due to complications arising from pregnancy and giving birth, GWP has vowed to steadfastly campaign for enacting HB 4244.

But so did its opponents. The anti-RH Bill advocates have been conducting prayer rallies against the passage of the RH bill. On May 9, the Catholic Church conducted a National Day of Prayer outside the House of Representatives “to invoke divine intervention and guidance for legislators to reject a birth control measure.”

The Catholic Church can instead help mothers

Recently the Catholic Church has ended its talks with Malacañang saying President Benigno S. Aquino III has decided that he will support the passage of the RH Bill. 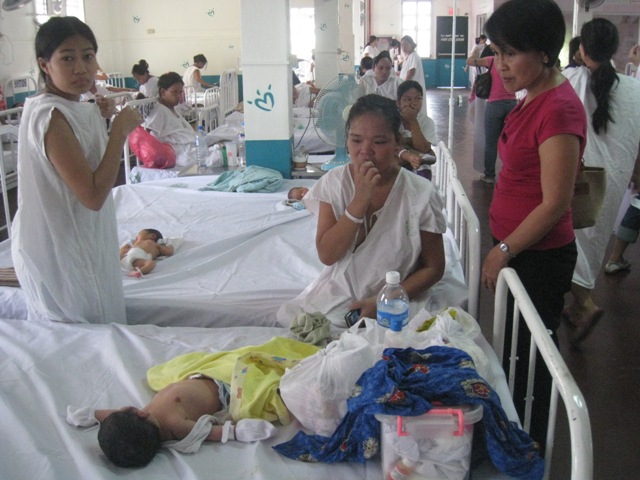 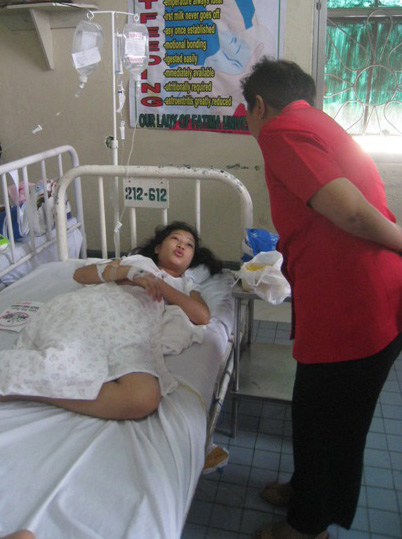 GWP Rep. Luz Ilagan, on the other hand, said that instead of turning its back on dialoguesthe Catholic Church should review their hard-line stance and take a closer look at the needs of their flock.

“The Catholic Church leadership has long admitted that there are some among their ranks who favor the RH Bill. This is largely because priests and lay people who are grounded and closely working with the poorest communities are aware of the urgency of having a national policy that will ensure the delivery of health services to many Filipino women and their children. They know that the absence of an RH policy endangers the lives of women and their children especially during pregnancy and childbirth,” said Gabriela Rep. Ilagan.

Ilagan added that Catholic community can contribute in crafting a Reproductive Health policy that is genuinely pro-poor and responsive to the needs of marginalized women and their children. She encourages the Catholic community to join the plenary debate over the RH Bill. “We urge the Catholic community to actively participate in crafting a national policy on women’s reproductive health on the framework that full access to healthcare services is a universally recognized right and that population control is never to blame for and should not be a panacea to the country’s worsening poverty.”

But the bottom line is, she said, all the methods should be made available for women who would want to avail of any method depending on what their situation in life is.

There are mothers who are devout Catholics but are in disagreement with the Catholic Church’s stance on the RH Bill.

Vilma Roces, 39, a widow, has three children. Her husband died of a heart attack last year. She is asthmatic and had an asthma attack while giving birth to her last child. She is a Catholic and in favor of the passage of RH Bill. “Even if I am now a widow, I am still in favor of the RH Bill especially if it will help the poor like us,” Roces said.

“Those who are anti-RH do not feel the burden of poor mothers like us — how difficult it is to raise children when you are poor,” said Roces. She added that women should have a free choice when it comes to their reproductive health. “Our life are at stake when giving birth…can’t leave it to ‘come what may.’”

Josefina Alapide, 42, has two children. She also experienced difficulty while giving birth to her third child. “I had high blood pressure at the time and I had to be confined in the hospital for two weeks.”

She said that as someone in favor of the RH Bill, her faith in the Catholic Church is decreasing because of its opposition to the bill. 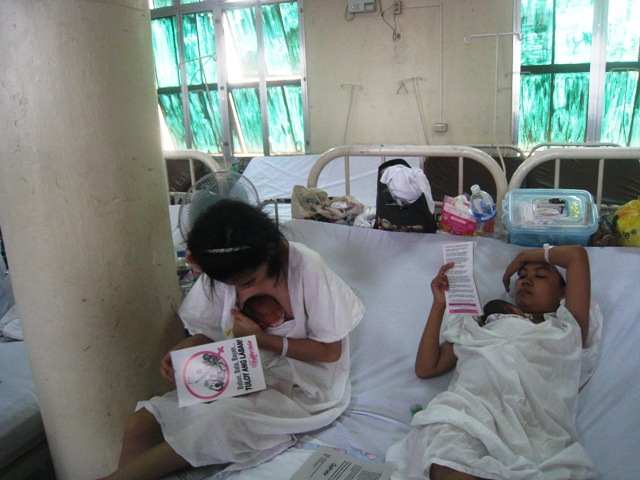 She also said that while the Catholic Church has been barring the passage of the bill, they, on the other hand, are not offering concrete solutions to the problem of health services in the country.

This mother said that what’s important is that the bill is prioritizing the provision of health services to the marginalized sectors. “The RH bill helps improve the poor state of our country’s health services.”