“The DepEd is trying to show that there is reform in the basic education system by implementing universal kindergarten. But the change is not for the better, the change is for the worse.” – France Castro of the Alliance of Concerned Teachers.

MANILA – Fe Ramirez, 43, is worried about her child’s situation in school. “There are 35 pupils in her kindergarten class and they have only one teacher. Their room is too small, it is congested and scorching hot. How can they concentrate on their lesson?” asked Ramirez. She said that the implementation of the Department of Education’s (DepEd) universal kindergarten is ill prepared and only puts their child’s learning at stake. 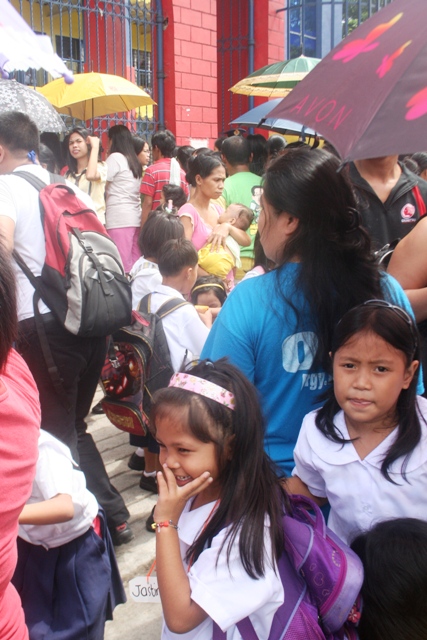 “If there is any change in the system of education under the new administration of President Benigno S. 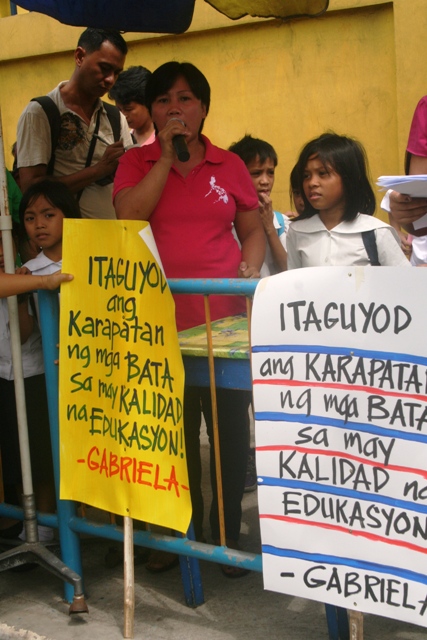 Aquino III, it is for the worse. Why? For decades, shortages in our basic education system were not acted upon by the previous administrations. They even left backlogs in shortages of teachers, classrooms, facilities, etc. The hasty implementation of the universal kindergarten in basic education does not answer this shortages, it worsened the problems instead,” said France Castro, secretary general of Alliance for Concerned Teachers (ACT) during an interview with Bulatlat.com.

ACT called DepEd’s implementation of universal kindergarten as a man-made disaster. True enough, Ramirez said, Roxanne’s first day in school was stressful. Ramirez witnessed the long queues entering the school premises; students were sweating because of the scorching heat and they had to compete for the limited chairs. “Pupils do not leave their chairs for fear of losing their seat. When a student stands up another will take his or her seat. Some are even sitting on the floor,” Ramirez told Bulatlat.com. 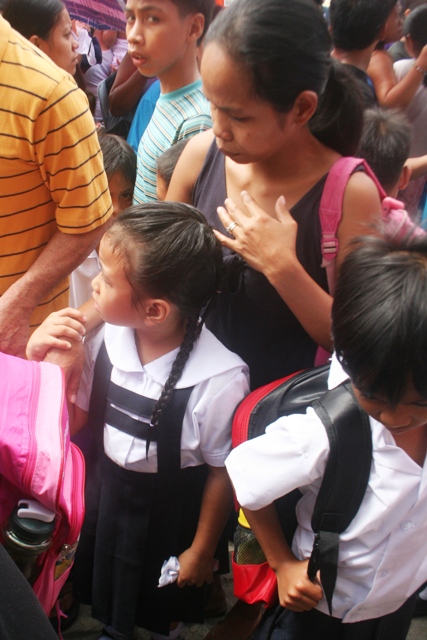 Castro said that the DepEd is trying to show that there is reform in the basic education system by implementing universal kindergarten. But Castro countered, “But the change is not for the better, the change is for the worse.”

Since the program was not considered in the General Appropriations Act, Castro said, there is no budget allocation for it. “They started implementing this program without a budget,” Castro said. The national budget for education is P 271 billion ($6 billion) or 12.9 percent of the national budget.

According to think tank group Ibon Foundation, the Aquino government increased the budget for debt payment by 29.2, increasing it to P357.1 billion or $8.3 billion – the second largest percentage increase after the 32.6 percent growth in 2000. The government also allocated P65.8 billion, or an increase of P17.9 billion, to the Armed Forces of the Philippines.

“To straighten the winding path, we call on Aquino to prioritize the budget in education. If they are true to their words that they prioritize education, they should give the highest budget allocation to education and not debt servicing.”

Castro said that ACT’s concrete demand is that the government should allocate a budget equivalent to six percent of gross domestic product (GDP) or at least 20 percent of the national budget to education. If the government will do this, the shortages will be addressed.