MANILA – “A hundred years after exporting our precious timber, have we become rich?” This is the question Kabataan Partylist Rep. Raymond Palatino threw to the participants of the 3rd Peoples Mining Conference happening until today in Tagaytay City.

The conference has drawn nearly 200 environmentalists from all over the Philippines who, in an earlier regional sharing of mining updates, have already detailed how, on the contrary, most ordinary citizens are becoming poorer and more miserable with every operation of huge mining corporations because of massive resource extraction in their midst.

Most lament how, for a pittance or nothing, they are left to contend with the damages to their sources of livelihood caused by denuded mountains and forests while huge corporations are repatriating billions of dollars in profits. In explaining their proposed new mining policy, Rep. Palatino, and earlier that day Bayan Muna Rep. Teddy Casiño and Gabriela Women’s Party Rep. Luzviminda Ilagan, were talking to an audience who sounded eager for an alternative law that would correct the disastrous Mining Act of 1995. In fact, the alternative mining policy coauthored by the progressive party list groups in Congress “is not just a proposal of the said partylist groups,” said Palatino. House Bill 4315, or the Peoples Mining Bill, he said, “is a product of broad consultations in many regions, and through this, it embodies peoples’ aspirations in how mining can benefit the people.”

Mining, after all, is not inherently bad, as some conference delegates agreed. It is only when the mining policy, like the Mining Act of 1995, is geared for massive extraction and exporting for profits that mining becomes untenable. 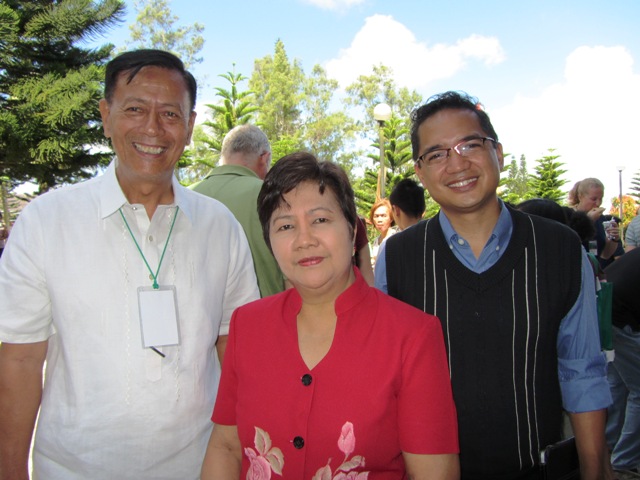 The Peoples Mining Bill requires the government to first lay down a plan for industrialization that would utilize the country’s mineral wealth for the progress of its economic sectors. Compared to the Mining Act of 1995, which extracts and sells its mineral wealth based on the demand of the ‘chaotic’ world market, at the least cost of production to huge mining companies, the Peoples’ Mining Bill would rather see these mineral wealth put to processing in this country, serving its own need for raw materials in its own industries and economic sectors.

The basic requisite is that there should be an industrialization plan, said Palatino. But another basic that would change the way the government runs the economy is the shift from catering to the chaotic market economy to one that is centrally planned, to minimize wasteful and unnecessary digging out of precious minerals and for the judicious use of the country’s mineral resources.

In the Philippines, most mineral resources lie under the lands inhabited by indigenous peoples groups, giving rise to questions of ownership and governance. Unlike the Mining Act of 1995, the Peoples Mining Bill vows to not drive away the indigenous peoples from their lands, which has been tantamount to killing them and tampering with their identity and culture.

According to Palatino, “real transparency” and not just a “flood of trivia” would be instituted once the Peoples Mining Bill becomes law. “We want information on how access is secured, if the Moros and the indigenous peoples were respected,” in the process of getting their consent in extracting the wealth underneath their communities and sacred areas.

In stark contrast to the mining liberalization of the Mining Act of 1995, the Peoples Mining Bill practically declares the Philippines as a no-mining zone. It grants only exceptions and permits to conduct mining if the industrialization needs call for it and if the affected communities give their consent.

The provisions in the said mining bill are also in recognition of the trend that more and more local government units, acting on their constituents’ demands, have lately been passing ordinances declaring a moratorium or ban on large-scale mining in their areas, especially the open pit type. “But they complain that the national government ignores these local ordinances in the Mining Act. The Philippine president has a big role in giving out mining permits,” explained Palatino. 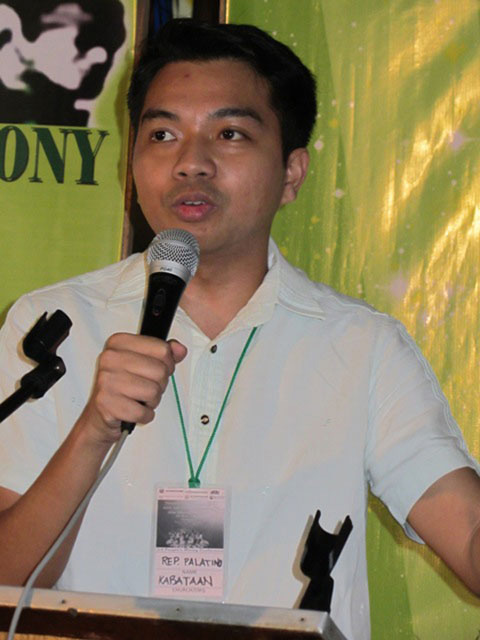 The “schizophrenic” character today of the Department of Environment and Natural Resources (DENR), where the department tasked to protect the environment is issuing mining permits, would be treated in the Peoples Mining Bill. It will transform the Mines and Geosciences Bureau (MGB) into a scientific board. No more exploration permits would be granted. Instead, the MGB would be tasked to give the mining permits, following a transparent study of the minerals available.

A multisectoral mining council would be formed, said Palatino, to determine if parts of the Philippines would be opened for mining based on the consent of the community and the stringent requirements of the industrialization plan.

If passed into law, the Peoples Mining Bill would accept three types of mineral agreements: mineral production sharing agreements, co-production agreements and joint ventures. Joint ventures are limited to 500 to 700 hectares and from five to 15 years only.

“The Peoples Mining Bill recognizes mining as a legitimate industry, but we place stringent regulations on it due to experiences and the delicate state of the environment,” said Palatino. This is why the bill would prohibit Financial or Technical Assistance Agreements (FTAAs) and would require an environmental and social impact assessment. Its result would be the basis for approving proposed mining activities. Palatino hastened to clarify that a rejected application will no longer be entertained even if the applicant has changed the company name to deceive those opposed to its mining activities, as is the practice today.

Even the transport, sale and processing of mined products would be regulated. Noting how much of the country’s coastal areas is being bled by magnetite mining, and how even politicians are entering the fray, the youth representative said that’s because the requirements today are so simple and the equipment needed are not necessarily expensive.

In the mining activities that would b approved, Palatino said, “local knowhow” would be tapped, even as the government is expected to give support and encourage community-based programs that double their gains from mining, aside from royalties and fees.

“The Mining Act of 1995 is a very good law… if you were a foreign mining company,” said Palatino. The current mining policy offers a dizzying array of tax holidays, which the Peoples Mining Bill would change. If there are foreign mining companies that will be allowed to operate under the Peoples Mining Act (after meeting all its requirements), they would be allowed to repatriate profits only for a year; they would be required to give the country its share from the mineral wealth, as well as compel them to truly give preference for Filipino labor especially the IPs; and they would be encouraged to use, as much as possible, indigenous goods, services and technology, as well as turn over all their facilities at the end of their approved mining activities.

The mining industry is an almost $1trillion industry, and “we want only a just share from it to uplift the area,” said Palatino. “What is $1billion, for example, to the mining companies?” he asked, that is, if their proposed taxes and shares from mining were approved.

The problem is, bribing politicians is much cheaper for the mining companies, Palatino noted. A Philippine politician needs only P2 to 4 billion ($46.5 to $93 million) to run for the presidency, lawmakers and local politicians even less. This, he said, makes for a rougher passage for a proposed law like the Peoples Mining Bill.

Along with banning profit repatriation, the Peoples Mining Bill would also require full disclosure of profits by the mining companies.

Access to justice is also given attention in the Peoples Mining Bill, as the partylist lawmakers note the danger of President Aquino’s decision to allow mining companies to hire paramilitary groups as security. “where mining is, there are human rights violations,” said most delegates to the mining conference.