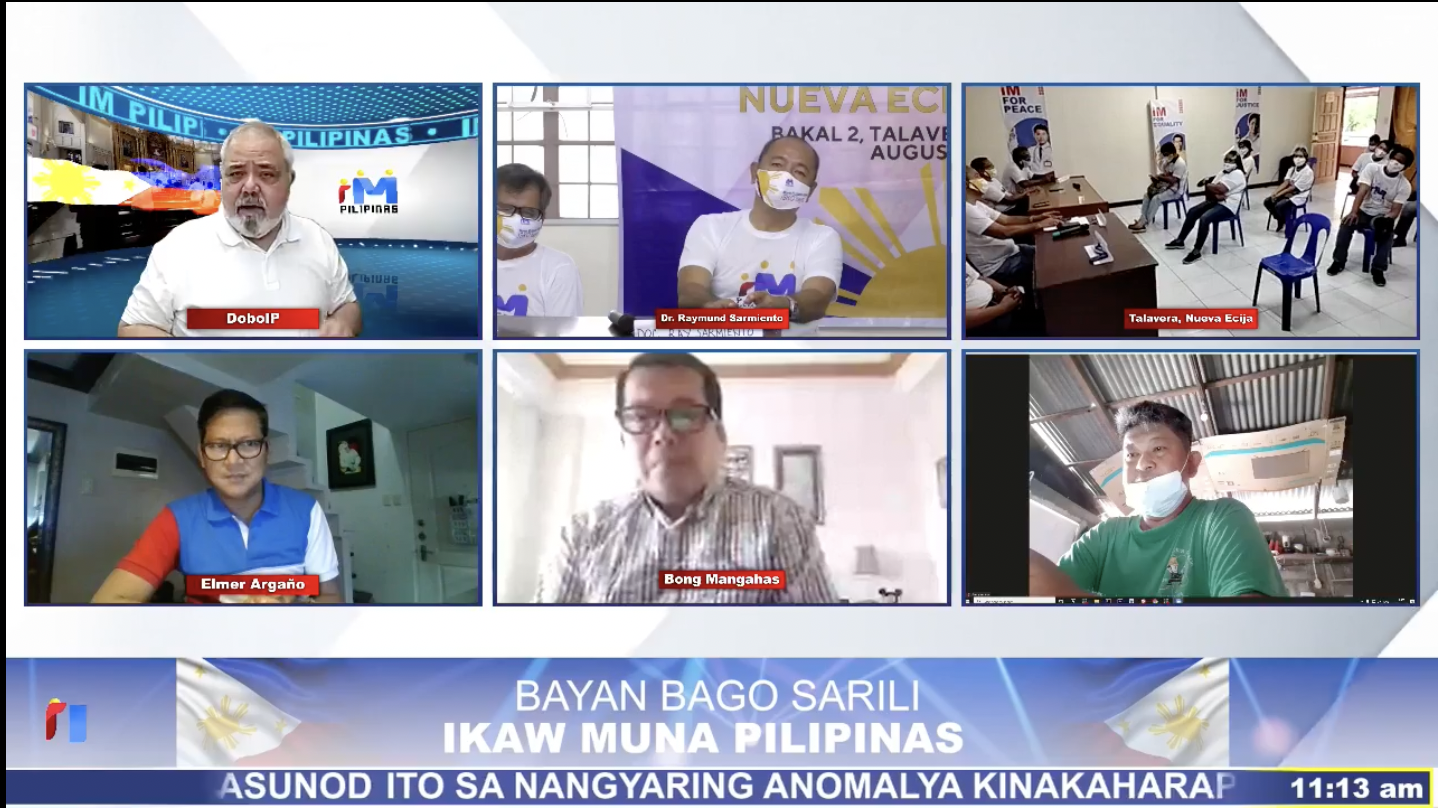 CABANATUAN CITY, Nueva Ecija — Farmers in the province challenged Manila Mayor Francisco “Isko Moreno” Domagoso to address their concerns if he would run for the presidency in the 2022 elections.

During the launch of the Ikaw Muna (IM) Pilipinas – Nueva Ecija early this week, Talavera Farmers’ Association shared the impacts of the Republic Act 11203 or Rice Tariffication law on Novo Ecijano farmers.

Rudy Bernardo Antonio of the Talavera Farmers’ Association said in Filipino, “On March 15, 2019, upon the implementation of the Republic Act 11203, the price of palay per kilo plummeted. The Philippines became a top importer of rice from the global market.”

Nueva Ecija is considered as the rice granary in Central Luzon.

Antonio said they are looking for someone who would help in alleviating the situation of the agriculture sector in the province.

While the Rice Tariffication Law implementing rules and regulations promised that the government would buy their palay produce, farmers said they still suffered the law’s impacts.

“It’s crystal clear that the ones who benefited from this are the importers and businessmen. While the price of rice went up, the price of palay kept on going down,” Raymond Sarmiento, IM-Nueva Ecija provincial convenor, said.

Leaders and representatives from Consumers Cooperative of Nueva Ecija, Irrigators Association-NIA Division 5, Talavera Farmers Association, a Tricycle Owners and Drivers Association, Senior Citizens Association, Nueva Ecija University of Science and Technology Faculty Union joined the launch of the IM Pilpinas to urge Moreno to run for the highest position in the land.

Moreno has not yet issued any statement about the farmers and the Rice Tariffication Law.

In its manifesto of unity, IM Pilipinas described Manila Mayor Isko Moreno as “a son of the poor who persevered to make his way out of poverty, and an exemplary leader.”

Sarmiento, the provincial convenor of IM Pilipinas, used to be closely identified with President Rodrigo Duterte.

In 2016, he resigned from his post as a department head at the Nueva Ecija Provincial Cooperative and Entrepreneurship Development Office (PCEDO) to run as vice governor and support then presidential candidate Duterte.

I was one of those who believed Duterte’s promises, which were never delivered. It became a government that gave nightmares to Filipinos. Filipinos now loathe an administration that did nothing but instill fear among the citizens,” Sarmiento said in Filipino.

Philip Piccio, a Novo Ecijano journalist and former Cabanatuan City mayoral candidate, said that they are concerned individuals “who already had enough of the current situations” decided to team up for a “better Philippines”.

According to figures from the 2019 elections, Central Luzon ranked third among the vote-rich regions with 6.8 million registered voters. Nueva Ecija meanwhile placed 10th among the voter-rich provinces with 1.4 million voters.