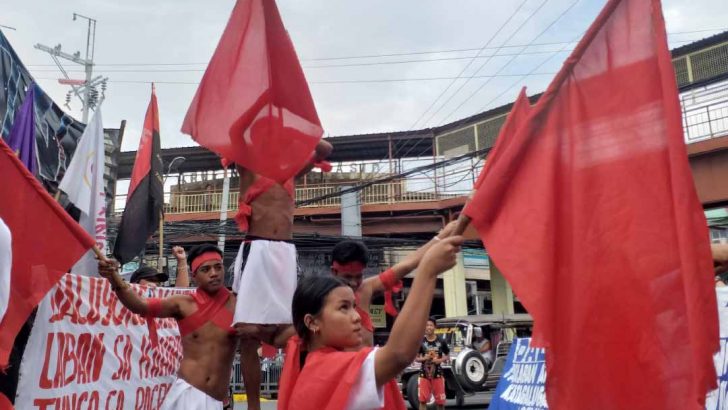 The groups emphasized the three major sins of Duterte against the people – ruthless killings, theft and corruption, and dishonesty.

END_OF_DOCUMENT_TOKEN_TO_BE_REPLACED

It seems that even the dead is not spared. On the first anniversary of his death, Rogelio Galit’s family received a subpoena from the provincial prosecutor’s office in San Pablo City.

END_OF_DOCUMENT_TOKEN_TO_BE_REPLACED

On the eve of election day, Southern Tagalog regional poll-watchdog Kontra Daya, Kontra Karahasan received reports of election-related violence against militant groups in the region. In Los Baños, Laguna, at around 12:30 mn, 3 members of Kabataan Partylist, a member of Bayan Muna Partylist and Barangay Human Rights Officer Virgilio Tandang were arrested and physically injured by alleged Makati police officers while in a mass-action of residents against the alleged vote-buying and flying-voter scheme of a mayoral candidate.