In lockdown: Kings of the road sidelined

ANTIPOLO, Rizal — Quarantine guidelines have been relaxed mid-May in efforts to revive the economy and adjust to the so-called “new normal” that the pandemic demands. Offices have allowed skeletal workforce, parts of malls have been opened, and more restaurants have offered takeout options. And while these adjustments can provide immediate income to daily wage earners, reporting to work has just become more difficult as the majority of the country’s public transportation remains to be suspended.

Trains, tricycles, and taxis have been open for public use but with reduced capacity. However, the cheapest and the most accessible mode of transportation to the public, the jeepneys, have been barred from operations for almost three months now. 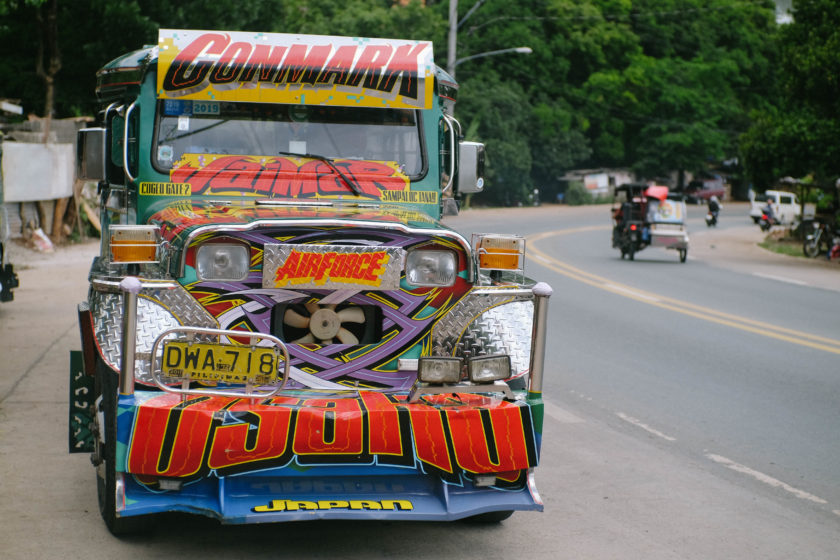 In the mountainous province of Rizal, operations of jeepney drivers have gradually resumed last May 16. Compared to small tricycles and air conditioned vehicles, jeepneys can easily move through the province’s steep roads. Jeepneys are also better equipped to transport crops from higher parts of the province, which farmers sell in the city.

A ride under the quarantine 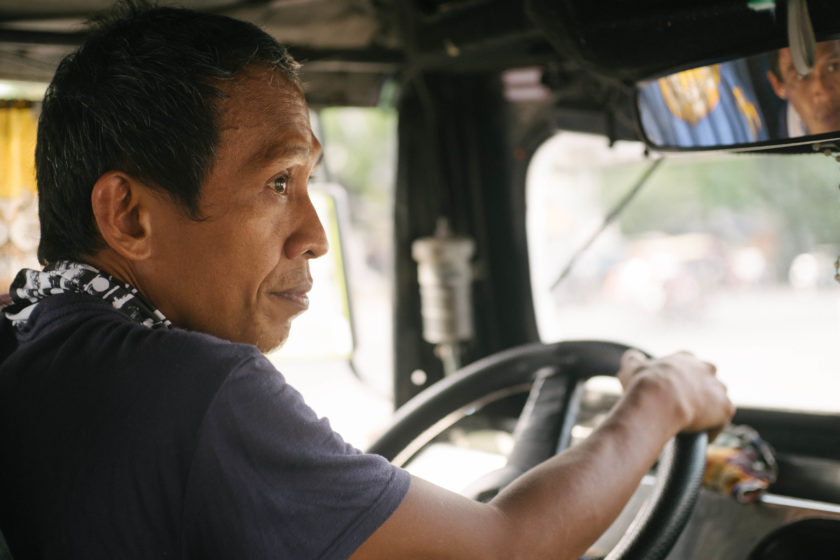 Isidro Daza is a jeepney driver and the cooperative leader of PAGODA (organization of jeepney drivers) from Rizal. Daza has been a jeepney driver for more than half of his life. He started steering the wheels when he was 18 and has not known any other livelihood since then. He gets up at 4 a.m. daily to start his route at Cogeo – Paenaan.

Daza’s jeepney was 11th in line, and with no passengers going to the terminal, there was no chance that his unit would even be the next. After going back and forth from Cogeo – Paenaan and waiting for hours, Daza calls it a day at 4 p.m.

Just like most drivers, he pays half of his earnings for the day to his operator as his “boundary” payment. For the time being, his operator has decided not to collect boundary during the lockdown.

“The operator understands that we can barely give him anything now because there are no passengers. We also think of him, we know he’s also not earning anything,” Daza said in Filipino.

Before the lockdown, Daza was satisfied to earn P700 on a normal day. He said there was at least some money for his family’s needs, now he laughs as he counts the 20-peso bills in his hands.

Daza supports a family of 12. He has seven children, with his eldest son at 20 and his youngest daughter at seven months. Two of his sons have married early, with his daughters-in-law and his grandchild staying under their care. Daza also takes care of his mother.

The lack of income proves to be challenging for the family.

“There was a time I had to play around with food to make sure I could feed the whole family. I experimented with one can of sardines and added flour to make it enough for everyone. We called it our own version of fish balls. My kids liked it, at least,” he said.

Their backyard plants served as an additional source of food. Sometimes, he received messages from friends asking to borrow money, but since he needed it just as much, he could only offer the malunggay at home to help. His wife said that because of the pandemic, they’re now thinking of planting other easy to harvest crops.

Daza said that often, he finds himself in daze.

Already a father to his seven children, Daza also fathers his local jeepney cooperative, where he serves as its vice president. He attends meetings with numerous barangay captains and leaders to plan a new transportation setup. He keeps watch of any alerts should there be any announcements from the LGU and monitors a Facebook group for his members.

Drivers wish to propose fare adjustments once they return to work.

“The fare from a 41 km jeepney ride from Sampaloc – Cogeo costs P65, the drivers are not going to earn enough from their routes because of reduced jeepney capacity. Ideally, the increase in the fare should be 100% for them to earn the same amount they were earning before the lockdown, but we agreed to reduce it to a 50-percent increase instead so that the burden of the changes could be shared by the driver and the passenger,” Daza explained their proposal.

He said it is painful that desperate changes must be raised, but with prices of commodities increasing in the market, they also have to adjust their fares to earn enough for their families. 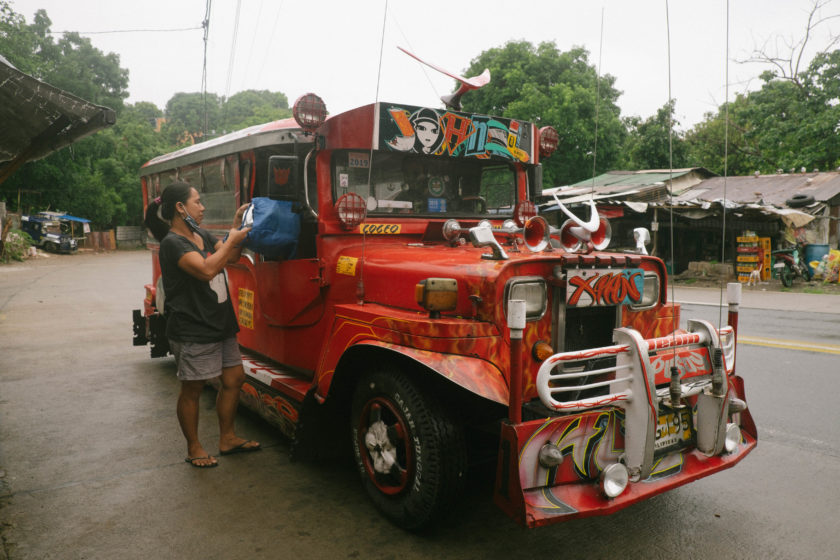 To provide some aid, Daza and some officials of their jeepney association organized a relief drive for their member drivers and operators. As early as 9 a.m., Daza and his fellow officers were stationed in their meeting point and waited for their members to pick up sacks of rice and instant noodles.

Currently out of work, some of the drivers have signed up as shipping couriers, while others worked as shuttle drivers for BPOs. All the drivers share the same sentiment of wanting to resume driving their jeepney. 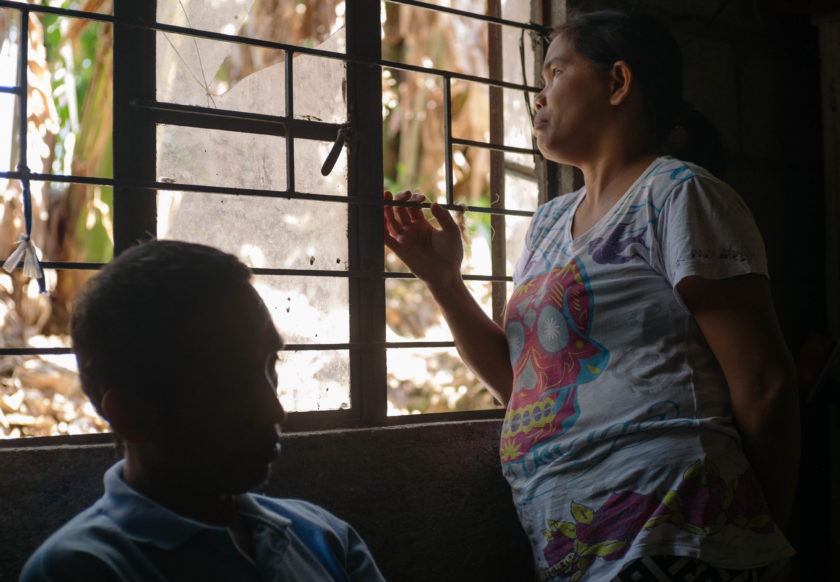 Daza’s wife, Jesselyn, expressed disappointment as she narrated how her family has been looking forward to finally owning the jeep they’ve driven for several years now. She shared that their four-year plan has been ruined by the two-month lockdown.

“If not for the lockdown, the jeepney my husband has been driving could’ve been ours by now. We were three months away from completing the boundary, and have been looking forward to calling the unit ours. For four years, we invested so much on our jeep, from its parts to its maintenance, just so we could have something to pass on to our kids. Now it seems like the government has just taken advantage of the virus, and is using that to expedite the jeepney phase out. Our dream of giving our children a better life is now looking bleak,” Jesselyn lamented.

She added, “We don’t want aid, what we need is to get our livelihood back. What can we get from the government’s aid? A few kilos of rice and cans of sardines? Those aren’t even enough to feed our family for a day. Our request is to get our livelihood back, we’re not expecting the government to help us, so can they at least allow us to help ourselves?”

The decision to allow some jeepneys to operate in Rizal has been recalled with the relaxing of Metro Manila quarantine measures last June 1. Most of the jeepney drivers who had already spent to refurbish their units to fit the new normal went back to their families uncertain on when they will return to work.

Jeepney drivers and operators speculate that the government’s negligence to the calls of the drivers this lockdown will eventually lead to the jeepney phaseout, making the transition to modern jeepneys smoother for the government.

In this time of pandemic, the kings of the road continue to be sidelined as government paves the way for big corporations to take over the city’s roads.