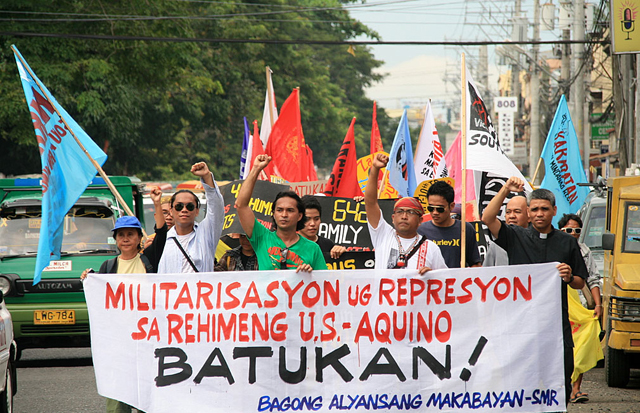 DAVAO CITY — Protest actions by progressive groups were held on Tuesday in commemoration of the 38th anniversary of the declaration of martial law in 1972.

Bagong Alyansang Makabayan-Southern Mindano Region, condemns the continuing human-rights violations in the region, particularly the recent killings and in Paquibato District and in Mawab, Compostela Valley. 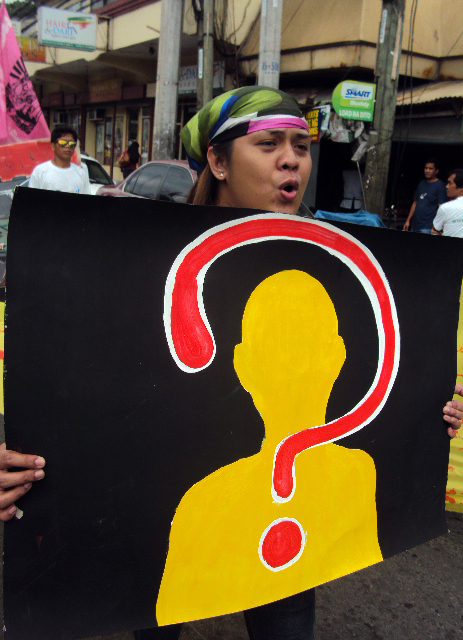 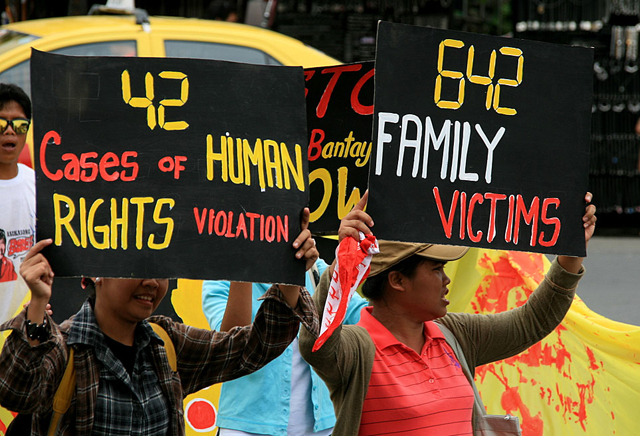 Karapatan-Southern Mindanao Region noted that barely 2 months since Pres. Aquino took office, there has been 42 cases of human-rights violations, victimizing 7, 271 individuals and 640 families. The group blames the continuing implementation of Oplan Bantay Laya for these atrocities.

The League of Filipino Students-Southern Mindanao Region lambasted the Aquino administration for, like the Marcos regime, attacking and tagging legal organizations as communist fronts. 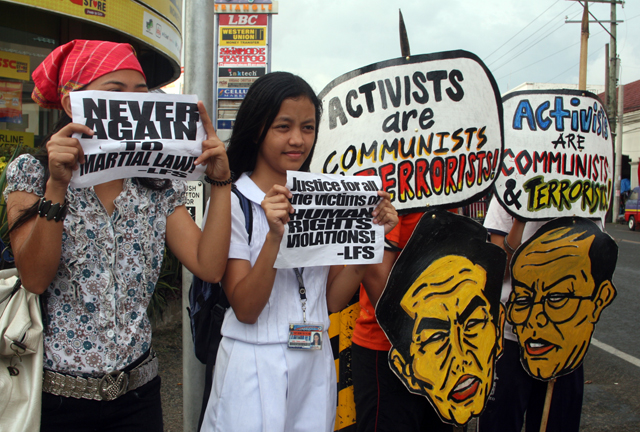 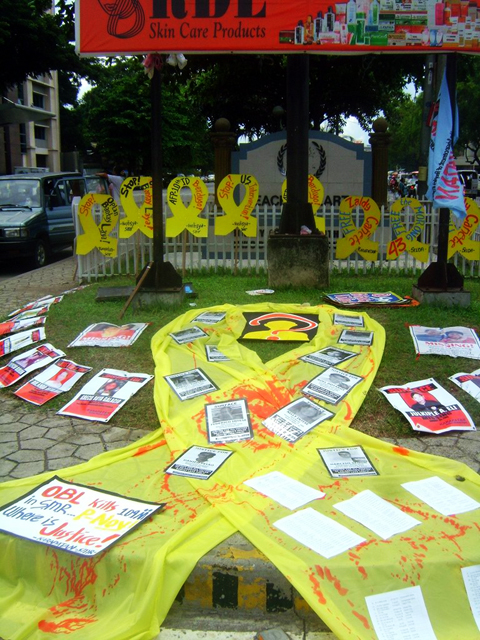 The Samahan ng mga Ex-Detainees Laban sa Detensiyon at Para sa Amnestiya (SELDA) expressed their dismay over the increasing number of Filipinos suffering from poverty and hunger while political repressions continue. The group said that, as a son of a victim of state repression, Aquino should push for the protection of civil, political and economic rights and compensation for martial law victims. (Photos by Jose Hernani, Karlos Manlupig, Bayan-SMR and Karapatan-SMR / Bulatlat.com)